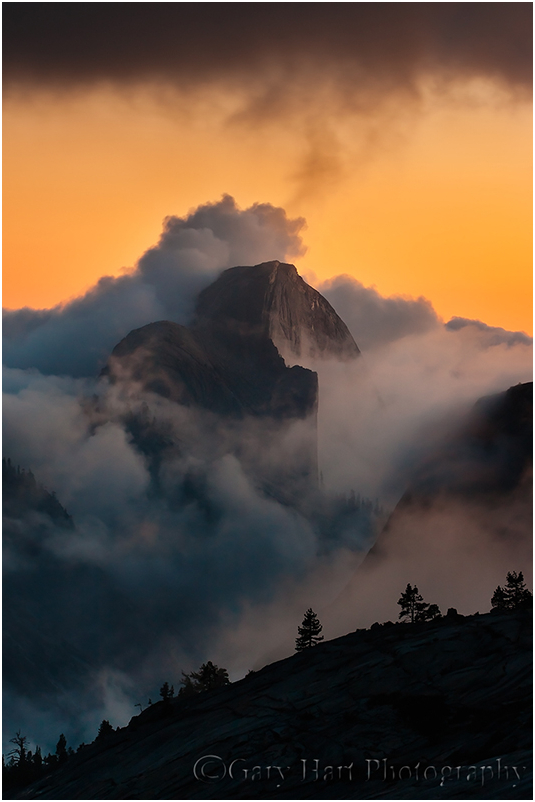 The plan was a sunset shoot of Half Dome from Yosemite's Olmsted Point. But based on what we found when we pulled up, we should have turned around and gone home. Even the closest trees were mere shapes in the dense fog enshrouding Olmsted Point. But we stayed because that's what photographers do. Sometimes it works out, sometimes it doesn't this time it worked out.

I am glad you stayed around as the result is spectacular! The thick fog adds so much drama to the atmosphere and the light is fantastic too!