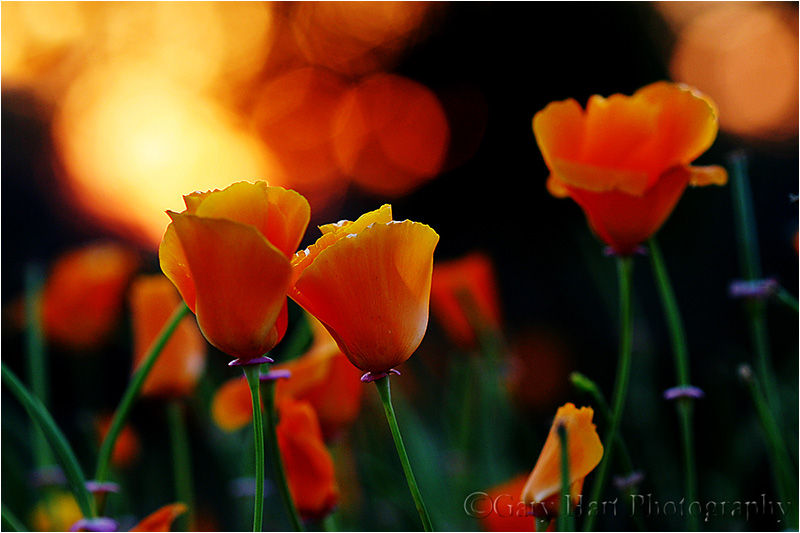 I just returned from the NANPA (North American Nature Photography Association) Summit in Reno, Nevada, an annual gathering of professional and passionate amateur nature photographers. Spending most of a week with an assortment of talented and similarly minded individuals is uplifting and enlightening. One thing in particular that struck me during the week was that despite the similarity of our subjects, we all approach our craft in a very personal fashion. For example, one respected pro acknowledged that he never uses his histogram; another considers the histogram the most important aspect of his image capture success.

I also noted how many photographers have have started to embrace the latest technology, and the growing role of computers in the image making process. Digital blending of images to overcome the camera's limited dynamic range and range of focus has become standard, and video has created a virtual photographer stampede. And creative treatments (watercolor effects, selective coloring, etc.) using Photoshop or other post-processing software are ubiquitous.

Much of this shift to new technology stems from a need to innovate in a completely new business climate. For many NANPA photographers their images represent their livelihood, and what has worked for years works no longer: Demand for images has dropped with the decline of the print media, just as the supply of images has exploded with the advent of digital photography.

As somebody who dealt with the limitations of color transparencies (slides) for over 25 years, I'm the first to sing the praises of Photoshop and the control it gives me over my finished product. But I find that I'm still profoundly influenced by my film days and get very little satisfaction from most of the new technology-based techniques. I have no problem with others who use the new tools (as long as they do it honestly), but I find that I'm still most drawn to the images (both my own and others') that rely on the camera for their creativity (you've heard me say this before).

I'm fortunate to have come to photography as a profession after the advent of digital imaging and was therefore able to fashion my business model under the new paradigm. I never relied on stock photography for income, so the decline of stock photography income has had zero direct effect on me. Instead I chose to blend my passion for "fine art" photography (whatever that means) and communication skills (I made my living as a writer and trainer before turning to photography full time) into a profitable endeavor. In other words, I make my living selling prints and teaching others through workshops, classes, and writing. And I can say absolutely that financial success is relative--when you truly love what you do, the "rich" threshold is achieved far easier.

A few words about this image, captured six years ago while I was still employed as a tech writer in the Intel (Folsom) cubicle maze.

Each day entering and exiting the Intel parking lot (daily host to the vehicles of 7,000 employees) I saw these poppies in a raised planter on the lot's perimeter. One Saturday afternoon in March, on my way home from a day of photographing poppies in the foothills, I detoured to the Intel lot to see if I could do something with these poppies. I arrived as the sun was setting and set up quickly on the adjacent sidewalk.

The fact that the planter was raised allowed me to get beneath the poppies, and an extension tube on my macro lens allowed me to limit my focus range. I metered on the brightest poppy and underexposed slightly to highlight its backlit luminance. A haze on the western horizon limited the sun's intensity enough that I was able to restore some color with a little Photoshop burning (a darkroom technique that allows photographers to darken selected areas of their image).

One amusing anecdote. Intel takes its security very seriously, and despite the fact that this was a weekend and the lot was virtually empty, Intel Security was in hyper-vigilant mode. I hadn't been there five minutes when a guard careened around the corner in his little truck, hopped out, and (respectfully) demanded to know what I was doing. I reassured him that I was not a snooping reporter, corporate spy, or domestic terrorist, but he remained dubious until I showed him my Intel badge. He allowed me to finish but I have no doubt I was closely scrutinized until I exited the premises.

Wonderful colors! Also, I love the focus on this photo also!

Love the color in this image, Gary. Very well shot! The little blue/purple bits on the poppy stems add a lovely punch to a great photo.

Beautiful. Color and light are great.

Spring everywhere today...I agree with you, it begin to smell the end of the coldness!

And to answer to your note..it is very interresting...I think that whatever the way you use to do your image...It probably doesn't metter...For me, the most important is the emotion you can give in the final result or not...It is proably the same in music, perhaps a waste of time spending to much tme discussing if a pure acoustic author is better than an electro one...if you see what I mean..There are beautiful artists in all domains...And to appreciate all kind of works in all arts, just one need to ....open the heart!

My wife and I were discussing this very topic the other day (actually I was rambling and she was nodding). As you know, I love experimenting with various software, but only to the extent that it allows more dynamic range, and I have really come home to PS for my needs along with some Nik filters. I'm seeing too many talented photographers taking average images and hyping them with various software and calling it art. My bottom line is that a strong image will stand the test of time. I still feel there are serious photo buyers who feel the same. The problem is, where does one find unique and different in a world saturated with digital photographers, and my answer is, in one's heart and mind. Gary, you and I have discussed this and I know we both agree, images are everywhere around us. This image is a perfect example. And I thoroughly agree with Kristen's response, we just need to open our hearts (and our eyes and mind) to the possibilities around us!

This shot is incredible! I always have loved poppies. I love their beautiful colors to capture them like you have is amazing....growing them is another story...being from Maine you can only get a certain variety and then it's still iffy whether they want to pop up for you or not.

beautiful light and colours! great vision and technique as the illumination is really fantastic and gives strong shape and definition to the poppies! your composition gives a nice balance to this scene...

I've never lived where poppies were grown, so they always amaze me. This backlit image is incredibly beautiful, whether you used a burning technique or not. I'm glad the guard let you finish your 'shoot'!

Amen Gary! I so agree with you that art begins in the camera with a well taken exposure. While I am still a novice at best my ultimate goal is to take the perfect picture that doesn't need tweaking because to me in many cases that very same manipulation is to cover faulty skills. Of course one can turn HDR and Photo Merging into an art form creating unique results and I can appreciate the skill of these artists and of course would like to explore the digital darkroom more thoroughly but having picked up a couple books on photography, reading on the web and getting pointers from some really sharp people here, as I said my goal is 'good out of the camera' before it hits Photoshop for sizing. =) I know I'm destined to stumble, a lot, but it's nice to hear a pro say he likes taking photos the good old fashioned way, by just taking them. Your poppies are just brilliant and your story about taking the photo made me laugh. You went from spy to employee with a weird fascination with flowers. But.. you got the shot!!

Gary, A timely post...I've noticed the poppies are starting to bloom locally and this image makes me want to go hunt some out to shoot !

This is stunning! If I hadn't read the story about this image I would have thought you hiked for miles and miles scouting out the perfect blooms! Thanks for the reminder that images are literally everywhere...It is all too easy to get caught up in the "where to go???" game, and forget that it's more about the light and finding something simple that speaks to you.

Back again to your picture..first because it is very very marvelous, second because can't wait to see flowers in my gardens, and yours make me want to explore these wonderful part of the photography wich is plant images...

And third because I would like to add something to what SI said...Final perfect image that doesn't need post processing...I agree in a way...But in another way, it is perhaps a restrictive view...Sometimes it is true that PP can hide tecnicals defaults....(And can help beginners to rescue pictures ;-)) )As photographer beginner, I understand this point of view, and I will be very proud the day on wich,I will be able to take the "perfect" picture...But...As a painter, I almost NEVER through away a paint or a 50-75%satisfying photo until I tried to take out all of this potential power...

Sometimes, it was waste of time, but in some other case I found some real interesting things...
these are just different roads to obtain images... And, it is probably today, not a transfer of the photography, but the emergence of a new means of expression...No ones is better than the others, they are just different...

(and I love definitivly all the manners to make images, paints, photos, engravings...)

Gary, well said, and kudos to your creative (and espionage) skills on this beautiful image. I enjoy and respect the creativity and skill of artists who use technology to combine photography with graphic art. However, the most enjoyable and powerful images for me allow me to share the photographers point of view in the image; hard to do that after the fact in PS.
I hope to join you and Don soon in some of your workshops.