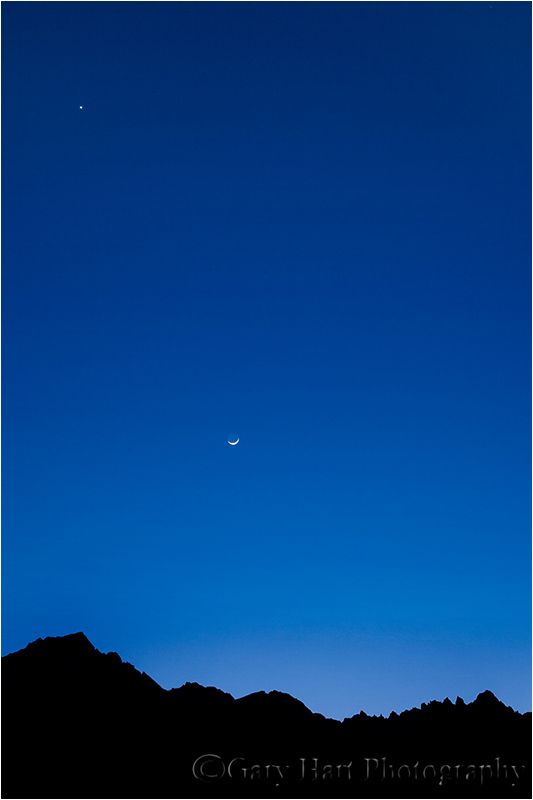 The Three Ps of Nature Photography

This is the first entry of a three-part series on the mental approach to photography.

Preparation, ...
As a nature photographer, the more you can anticipate rather than react to your environment, the more consistently successful your photography will be. At the very least preparation means metering and making your exposure and focus settings before the shot happens. But preparation means so much more than that. Here's a sample of examples, in no particular order:

* Learning how to use your new camera before you take it on that vacation you've been planning for years
* Researching a location to determine when light conditions will best suit you
* Using the hours when the light's poor to scout possible sunrise and sunset locations
* Understanding the weather patterns of the locations you photograph
* Understanding weather in general so, for example, you have an idea what that cloud over there will do, or whether the shower that's drenching you might deliver a rainbow if you hunker down just a bit longer (and where the rainbow might be)
* Learning about your subjects so, for example, you know that those poppies you saw yesterday will be closed tight because it's raining today (but that doesn't mean you should stay home), or that grizzly across the river is more interested in salmon than you
* Figuring out exactly when a crescent moon will be suspended above Mt. Whitney in the post-sunset twilight sky

It's no coincidence that so many of my images have a rising or setting full or crescent moon suspended above recognizable landmarks. It stems from my desire for interesting skies (and a lifelong love for the night sky). When I see a scene I like, I automatically try to figure out when the light will be best, and whether I can add a moon (without Photoshop shenanigans, thank you very much). I time my workshops to correspond with the moon--it's a rare workshop that doesn't include at least one moonrise or moonset.

I captured this scene late last January on the final night of my Death Valley workshop. We had spent three great days photographing Death Valley (the lowest point in the Western Hemisphere) before driving 90 miles to Lone Pine to wrap things up with a sunset/sunrise shoot of Mt. Whitney, the highest point in the continental United States. By my calculations, from this location in the Alabama Hills the moon would eventually disappear directly behind Whitney (the peak on the right; Lone Pine Peak is on the left), long after the light left the sky, but not so late that we wouldn't have ample opportunity to photograph it first.

As I often do when photographing toward the brightest part of the twilight sky, I opted for a silhouette, intentionally underexposing the mountains to emphasize their shape and retain the color in the sky. I chose a vertical composition to include Venus.

When the sky became too dark to photograph the moon, we simply stood and watched it descend toward the Sierra crest and finally disappear behind Whitney's faint, jagged outline.

Once the darkness was complete we tried a couple of extremely long exposures to create star trails. Later, over pizza we laughed and passed around cameras to view each other's results. We were so excited about our evening that when the pizza was gone we went right back out in the frigid cold for another round of star trail images.

It's so much fun to realize how such a great shoot can result from just a little preparation. The star trail photography was fun, but I think what everyone will remember of that night was the sight of that beautiful crescent slipping through the darkening sky on its collision course with Mt. Whitney.

WOW! WOW! WOW!!! What an incredible photo! Nothing less than 5 stars from me.
I so enjoy reading your narratives and it's soooo inspiring. I just want to pick up my camera and start taking photos. Thanks for sharing your knowledge with us, I really appreciate it.

The crescent moon and one star...lovely simplicity.
It could be a poster or a book cover.
(I'll be following your discussion of the three Ps. Thanks for that.)

Lovely composition Gary, I like the "black" rocks on the foreground !

The composition in its simplest expression, purified, Zen..How can you avoid to get these steps in the blue gradient of the sky? I know these are compression artefacts, and sometime I've some in my images.As I don't like them at all, I would like to know how to remove them...

@KriKridesign: Thanks, Christine. You're talking about "posterizing" or "banding" and it's a real problem with digital imaging. Very simply, it happens when there aren't enough colors to smoothly reproduce an even transition of color across a large part of the image. It's a function of the image's "bit depth" (which determines the amount of data stored with each pixel). As you've noticed, banding is most visible in skies, as that's where you're most likely to encounter large areas of similar, gradually changing color. There are many factors that can minimize it: a quality sensor (particularly an SLR-sized sensor), 16-bit images (more data), and conservative processing. One of the most common causes of posterization is over-processing, particularly ramping up the saturation too much. There's a whole lot more to it than this, and I'm a photographer, not a digital or Photoshop expert, but I hope that helps at least a little.

This a very simple composition but very efective and beautiful. Thanks for your teachings.

Three P's? Part meteorologist, part botanist, part geologist.. =) Yes.. that was cheating but I would think you'd need to be in a sense and the first part you well admitted to. So often we 'take a chance' hoping we get the right sun or moon or conditions [still learning!] but with a bit of planning, we would have much more control as you say. So what is that star in the upper left then? It really carries you from the moon to the beyond.

@Self-Indulgence: I am indeed somewhat of an armchair meteorologist ("weather nerd" according to my wife), and I once majored in geology (before ending up with a much more "practical" degree). Guess I'll have to work on the botany thing. :) That's Venus, pretty much the only night object that can hold its own against a thin crescent moon. They often occupy the same part of the sky.

I can choose between which is more interesting, the fabulous picture or the full lesson to take a great photo. Thank you both, is a real stimulus for those who want to someday achieve a good image.

fine minimalistic composition, letting the silhouette and the moon be the major focal points in the see of wonderful blue! i like the light transition from just over the mountains towards the top - very subtle and works very well here...

This is beautiful.. love the composition and the beautiful sky..

Gary, as usual, a well written piece...educational and thought provoking at the same time. I look forward to the rest of the series. BTW...I recently listened to a podcast where you were mentioned as a source of inspiration !

I like the composition work on this and with the silhouette of the hills it gives the scene a nice base with good details on the outline of the ridge!

This looks so simply done, but then reading about all the preparation that went into this it's even more special! This is a wonderful lesson for me in a couple of ways- first, I am reminded to prepare for shooting, rather than reacting- I seem to be having a tough time getting out of "react" mode! And second, for me, is the photo itself....So often I feel compelled to fill up my frame with so much stuff! This is a beautiful way of showing that so often, less can be much more!