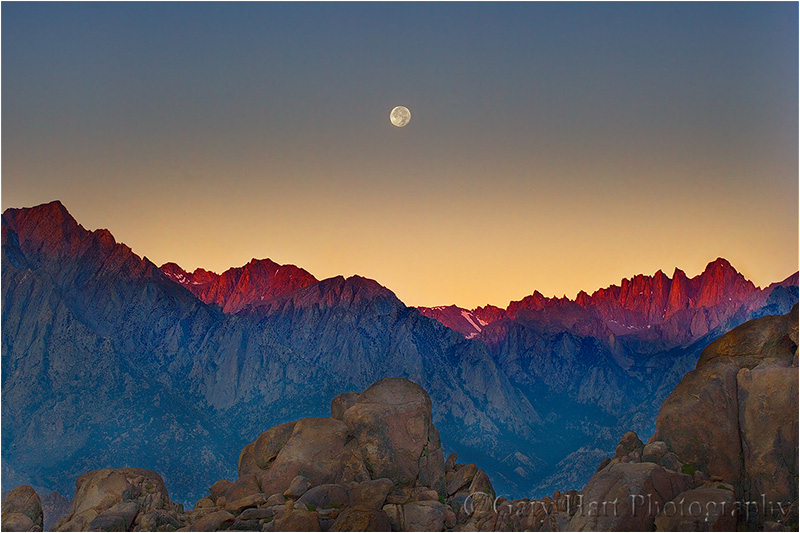 Today is the 40th anniversary of mankind's giant leap to the moon. Wow. Forty years. Much has been made of the scientific significance of Neil Armstrong’s first step, but people not alive to see it probably can’t comprehend its social significance. I turned five in 1960, which means I pretty much grew up in the decade of Vietnam, nuclear paranoia, and racial unrest. I have vivid memories of the assassinations of John Kennedy, Martin Luther King, and Bobby Kennedy. But against the backdrop of all this turmoil was our determined quest for the moon, at the time a source of American pride, but in retrospect something that transcended trivial nationalism. When it finally happened, the world celebrated.

On July 20, 1969 I was camping in California’s northern redwoods with my own and three other families. I had just turned 14. I’m sure if the date of the lunar landing had been known when the camping trip was planned, a different week would have been chosen. But there we were, deep in a forest with no TV, radio, or electricity. We were resigned to experiencing history in print, in retrospect.

But then something horrible happened. Three members of our party went over a cliff and into the Eel River (first two brothers, then their father trying to rescue them). All three ended up in the hospital, with the father by far the most severely injured. Suddenly our priorities shifted. As the hours ticked away we first welcomed the brothers back to camp, then were finally relieved to learn that Don’s injuries were not life threatening. They would, however, require several more days in the hospital.

Though the Garberville hospital lacked the advanced medical equipment of a larger metropolitan facility, it did offer one doff of the cap to technology for which we'll all be eternally grateful: a television in every room. I don't remember who decided it would be a good idea for our entire group to pay Don a visit that Sunday night 40 years ago. But I'm sure it wasn't an accident that 20 filthy campers crammed into a tiny hospital room to "visit Don." And I'm sure Don didn't mind that all 40 eyes were on the 13-inch black-and-white tube in front of his bed.

A little about this picture: This was my first attempt to predict the position of a setting moon. I was so confident in my calculations that I drove six hours to arrive in the Alabama Hills the afternoon prior. After scouting locations, I photographed sunset and moonlight on the weathered granite. I slept in the bed of my truck. When I woke before sunrise the moon was exactly where I'd predicted it would be (I was more than a little relieved, which says I probably wasn't quite as confident as I'd pretended).

The pink cast you see is real--it's called alpenglow and is the terrestrial manifestation of the pink glow you often see in the sky after sunset and before sunrise. Because Mt. Whitney (the mountain on the right; Lone Pine Peak is on the left) is so high above the terrain to its east, it juts into what would normally be the pink part of the sunrise sky.

The trickiest part of this capture was the extreme contrast between the bright sky and shadowed foreground. Exposing for the foreground rocks would have meant losing color in the sky and blowing the detail in the moon. So I underexposed the foreground a bit and dodged it in post-processing to return the scene to closer to what I saw.

Next post: July 23 (please view my previous posts by clicking the arrow in the upper left of today's image)

I read your text today with great feeling in so many areas. Firstly, you're five years older than our eldest, which says she grew up just behind you, turning three the day following JFK's assassination, and yes, Mom has photos. On July 20, 1969 our family was also camping, but in NE Connecticut. The children were then 9, 7 & 4. We had no electric at our site, but some did, and when excitement built around a small Airstream, the children drew us to our 'neighbors' where they'd moved their TV to the doorway. I don't know now how many gathered, but we did see him and hear those words "one small step for a man, one giant leap for mankind."

Secondly, your reason for ending up watching TV was far more dramatic, and I'm glad that all ended well after the horrible ordeal. Isn't it interesting how our experiences frame our references for the rest of our lives!

Each sunset puts a day to rest; the morning's sunrise tells me God has given me yet another day to live up to His expectations - jhc

@Judy: Thank you for your words, Judy. The accident itself was even more dramatic than I wrote and they were extremely fortunate that it ended well for all of them--it actually turned out to be a fantastic trip with lifelong friendships formed. Another interesting piece of trivia about the moon landing anniversary is that that was the same week Ted Kennedy drove into the water on Chappaquiddick Island. Oh, the sixties....

Wow, What a moving and riveting story! Thank you for sharing it. Also, Beautiful photograph! I love the layered effect that the different areas and light and colors in the photo provide :)

Re: that week in July, 1969; we lived with the Kennedy/Chappaquiddick incident like we're hearing about MJ now, over and over for ages!

shoti from Everywhere in the, Philippines

surreal. like a scene from Mars. very exciting image Gary, thanks for sharing :)

@shoti: Thank you, shoti. The Alabama Hills are truly otherworldly and make great subjects themselves, even without Mt. Whitney in the background.

Gary it was great to see you this week! This is a great image and for me your work on the foreground makes it awesome! Great Alpen Glow on the peaks! Congratulations on a fantastic book!

P.S I will have to work two jobs currently, one being photography, so that I can make it to your Eastern Sierra Workshop!

@Scott Schilling: Well in that case, what are you doing playing on the computer? Get out there and make more money! Seriously, thanks for your comments, Scott. I hope you finished your prints and got some sleep too.

wow this moon is beautiful

Great capture!
Absolutely love the colours
Thank you for sharing this image and the story :)

sky bleeding on the mountains, what a scene,
thanks for sharing such beauty. keep it up.

Amazing shot! What a Beautiful landscape.